Nigeria celebrates its independence day on 1 October every year.

West Africa’s most populous nation – home to approximately 186 million in 2018 – freed itself from British colonial rule on this date in 1960 and the anniversary is being marked on Monday with huge national celebrations and by the latest Google Doodle depicting the spectacular Zuma Rock west of Abuja. 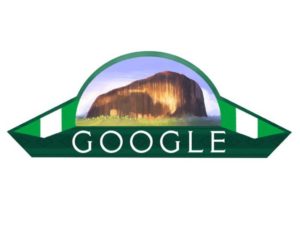 His doing so provides the curtain-raiser for a day of festivities, including parades by students, traditional folk music concerts and Abuja’s famous military march.

Today’s occasion will also be observed by members of the Nigerian diaspora in cities around the world, with many pausing to reflect on their nation’s history.

The first European colonists to establish a presence in Nigeria were Spanish and Portuguese explorers, who traded with the locals from port towns along the Gulf of Guinea, first establishing Lagos as the key commercial hub it remains today.

The British Empire began to dominate the territory in the 19th century through the Royal Niger Company, fending off German competition for resources and establishing the borders of modern Nigeria in 1914 when the Colony and Protectorate of Nigeria was formed.

When calls for the end of colonial rule swept the continent after the Second World War, Nigeria was granted its independence precisely 58 years ago today, an occasion marked by fireworks, dancing, masquerades and a state banquet, attended by British representative Princess Alexandria.

Following a coup in 1966, Nigeria was ruled by a military junta until democracy was restored in 1979, again on 1 October, a date of recurrent significance to the country and its people, a day on which it has twice been released from authoritarian control.

From the booming Nollywood film industry to the exploits of the Super Eagles on the football pitch, Nigerians have much to be proud of but the problem of uniting a nation of 36 states across which over 500 languages are spoken – seven per cent of the globe’s total – can be tricky.

But the country’s flag embodies precisely that goal: the green representing its agricultural lands, the white the people’s commitment to peace and togetherness.