The Ambassador extraordinary and Plenipotentiary of the Federal Republic of Nigeria to France, Dr. (Mrs.) Modupe Enitan Irele, presented her Letters of Credence to M. Emmanuel Macron, President of the French Republic on Monday, 18th December 2017. Ambassador Irele, Nigeria’s first female Ambassador to France was one of about 20 newly arrived Ambassadors to present their Letters of Accreditation at the ceremony.

Following the ceremony, President Macron and Ambassador Irele discussed prospects for the development of bilateral relations in key areas such as security, economy and sustainable development. President Macron welcomed the newly accredited Ambassador to France and acknowledged the giant strides Nigeria is making in economic development as well as her leadership role in Africa. He bade the Ambassador to convey his appreciation to President Buhari for attending the ‘One Planet Summit’ which was held in Paris, France on the 12th of December 2017.

In her own remarks, Ambassador Modupe Irele congratulated the French President for successfully hosting the Summit on Climate Change and reiterated Nigeria’s commitment to cutting down on its emission. She informed that Nigeria has already achieved its target of reduction of 20% by 2020 and hopes to achieve the 40% reduction through the support of the developed countries by 2030. She went on to express her desire to strengthen the thriving relationship between Nigeria and France by promoting ties in in trade, agriculture, industry and other key areas.

In concluding the short but impact-full meeting, President Emmanuel Macron assured that the efforts of his government would not be geared towards the Franco-phone countries alone but Africa as a whole. He bade farewell by wishing Ambassador Irele a successful tenure as Nigeria’s Ambassador to France.

NOTICE TO NIGERIANS ON WITHDRAWAL OF PARENTAL AUTHORITY

Following recent incidents of child custody cases between some Nigerians in France and French Authorities, the Embassy wishes to remind Nigerians of the importance of familiarizing themselves with the French law. They should also know that: 1. Parents may have their children withdrawn from their custody in the event of danger or lack of interest in the child (if the police or other government agencies consider this to be in the best interest of the child) 2. In the event of conviction for a crime or offense against the parents of the child (in the event parents are convicted of a crime) 3. The withdrawal can be total or partial (for an individual child or all the children, it can also be either temporary for a specified time or permanent.) 4. It can concern a single parent or both ( a single parent or both parents may be found guilty and unfit to parent the child) 5. The withdrawal can only be pronounced by a Civil Judge or Criminal Judge; 6. The withdrawal is temporary; 7. Parents may have part or all of their parental authority restored. (Full restoration of parental custody is not guaranteed, parents may have only partial custody restored.) In the light of the above, Nigerians are hereby urged to take good care of their children, especially in accordance with the laws and expectations of the host country, France. Embassy of Nigeria Paris-France 27th October, 2020. 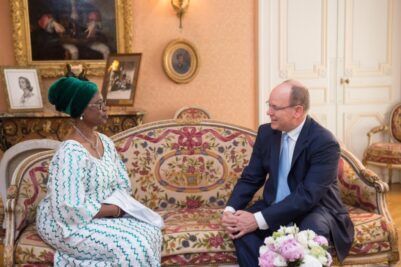